Refine your search by providing your search term, then the location of your search, then an approximate radius.
in
> Queensland > Brisbane > Peak, Industry and Funding Bodies > Peak Bodies > Baseball Qld

Baseball caters to boys and girls of all ages. Our club competitions fall into the following age groups:

For boys and girls aged from four to seven years of age. MighTee ball is a modified game of baseball that allows children to develop fundamental skills and learn the basic concepts and rules of the game in a friendly, family oriented environment. Batters hit the ball from a tee to start each play. Teams consist of six players which allows for maximal individual participation.

Rookie ball is a form of baseball where coaches pitch to their own team in order to increase the chances of success for young hitters. Teams generally consist of nine or ten players.

This is the first age group where the players pitch against the opposing team and the game more closely resembles true Baseball. Little Leaguers that are selected to play for their League (Region) at the District (State) titles have the opportunity to play (all expenses paid) in Hong Kong (Asia-Pacific Little League Titles) and Williamsport P.A. U.S.A. in the Little League World Series.

From the age of 12 boys and girls can play in age specific Baseball competitions. Players in these age groups are also eligible for selection to play in the annual age specific State and National Titles. Australia also send an U17 and an U19 Team to the Junior World Championships. Many young Australian players that represent their State go on to have lucrative professional Baseball careers with professional baseball organisations in America, Japan and Europe.

Senior Men’s, Women’s and Mixed Competitions are also played at all levels from beginners of all ages to Majors competitions.

Since it's return in 2010, the ABL has grown to become one of the fastest growing sports in Australia. The Brisbane Bandits have returned from the original ABL in the 1990s and have just recently relocated to Holloway Field in Newmarket. They team is made up of international import players as well as players form all over Queensland!

Quick Facts About The Region 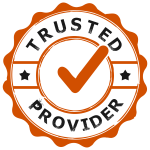 Get Directions
Edit Listing Not Correct? Tell Us ...

The following services are also provided by Baseball Qld in Brisbane.

Links to this page

Click on Open to view. Note that this will open up a new window.